YOU have all done us proud!

That was the message sent by national team manager Major (rtd) S. Maniam to the squash players after they returned from the Birmingham Commonwealth Games with a bronze from Aifa Azman and Rachel Arnold in the women’s doubles.

It was Malaysia’s first-ever medal in the event at the quadrennial Games.

The team, who were hit by the absence of S. Sivasangari after she was forced to pull out due to injuries suffered following a car accident, acquitted themselves well with fighting displays and several upset wins against higher-ranked players.

“Overall, we can be proud of the players’ achievement. There were two quarter-finalists in the men’s and women’s singles with Rachel claiming an upset win over Wales’ Tesni Evans in the third round. She then lost to eventual champion and homester Georgina Kennedy. Ng Eain Yow had lost to eventual silver medallist Joel Makin of Wales,” explained Maniam.

Aifa-Rachel and Ainaa-Yiwen’s achievements were significant as no Malaysian pair had reached the semi-finals of the women’s doubles before in the Games.

“All in all, it was a great outing. There is loads of work still to be done but the players can take a pat on their backs,” said Maniam. 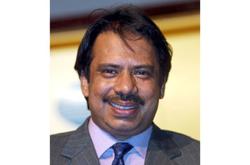