PETALING JAYA: National No.1 squash player Ng Eain Yow is keeping his fingers crossed that next month’s Black Ball Open in Cairo will be given the green light to proceed.

If he gets to play at the event which is scheduled from Dec 12-18, it will be his second competition after an eight-month hiatus due to the Covid-19 pandemic.

Three weeks ago, the Bristol-based Eain Yow competed at the Qatar Classic. He failed to get past the third going down to eventual winner and world No.1 Ali Farag of Egypt.

“I had an enjoyable outing in Qatar and I’m looking forward to competing again. There are talks of a tournament in Egypt next month but it’s not confirmed yet. If it gets the nod I’ll be there, ” said Eain Yow.

“There’s definitely an improvement in my game compared to back in March. I’m happy with my performance but I believe there are still lots of things that I need to improve on.”

Eain Yow recalled that living under the bio-bubble environment during the Qatar Classic was challenging but he managed to fit in.

“It was kind of strange for sure as we were only allowed to be in our rooms or on the courts. We were also tested frequently throughout the event, ” he said.

“Even though it was challenging I understand that it’s for the safety of the players and officials. I’m just happy that I can compete again even with the restrictions.” 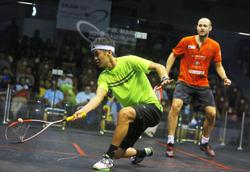 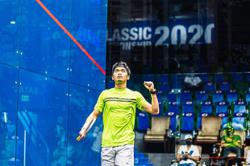 SRAM’s plans quashed again, players leave training camp
Nicol’s got it all to be on GOATs list
Think Nicol David's the greatest athlete of all time, then vote for her in online poll
Let’s Nic ’em from schools
Eain Yow looks to the future after hammering by Omar
Giant killers Ming Hock-Thanussaa fall in final
Wee Wern: Squash will not give up Olympics fight
A place to call his own
Nothing to add for Addeen – Ivan’s experience speaks for itself
Ivan downs Addeen to bag SRAM’s Division 1 title