Low expectations when it comes to competing abroad 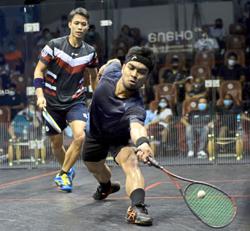 PETALING JAYA: National No. 1 Low Wee Wern has resigned herself to the fact that she will not get to compete abroad this year.

Competing overseas has been deemed too risky after two Egyptians – men’s World No. 12 Mohamed Abouelghar and No. 31 Mohamed El Sherbini – tested positive for Covid-19 before the Egypt Open last week.

Due to the pandemic, the Squash Racquets Association of Malaysia have scrapped the Women’s World Team Squash Championship in Kuala Lumpur from Dec 15-20.

Wee Wern, who captured her fourth national title last week, has ruled out any possibility of being based overseas to join the PSA Tour’s tournaments.

“If the events are in Europe, I would think about it. But now everything is in the United States or Egypt. I just don’t feel comfortable due to the current situation,” said Wee Wern.

“This year is already a write-off. Although we are supposed to go to the US in January for a few tournaments, it’s not the best place to be in right now. I honestly do not see us travelling until March or April next year.”

Wee Wern foresees a tough time for the national players with the rising Covid-19 cases and the conditional movement control order in several areas.

“It’s a tough situation for us in terms of planning as we have to see what is the Sports Ministry’s stand on this.

“I think the Asian Team Championships here next year could most likely be our big tournament.” 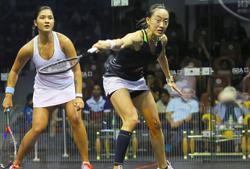 Nothing to add for Addeen – Ivan’s experience speaks for itself
Ivan downs Addeen to bag SRAM’s Division 1 title
Two men down, now Sivasangari goes for Addeen
Eain Yow hoping tournament in Cairo gets nod
Squash meets KOed by CMCO
Jessica finds perfect role model to bounce back from injury
Eain Yow just not good enough for world No. 1 Ali
Eain Yow passes test of character against James
Eain Yow breaks sweat to clear first hurdle in Doha
Sivasangari out to get even with Wee Wern