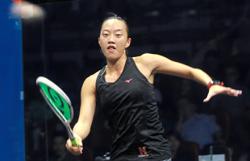 Wee Wern, who received a bye in the first round, started her campaign in the quarter-finals against Ooi Kah Yan yesterday and came away with a 11-6,11-9,11-7 victory.

The Penang-based Wee Wern said it felt good to be back on court for her first competition since the season was interrupted by the Covid-19 pandemic in March.

“It’s good to get my first match under the belt after a long layoff. Kah Yan played very well today, ” said the 30-year-old.

“I was in control but she played some good winners in the second and third set.”

Wee Wern hopes to get used to playing the glass court quickly in the semis against Rachel.

“I know all the girls are fired up to beat me. I remember losing to Rachel in five sets in the Malaysian Open last year. She should be in a confident mood for our last-four clash, ” she said.

“I don’t train in KL because I’m not based here and I arrived here only two days ago.

“It’s more about finding my own game now. I need to find the right height.

“It’s not easy to see the ball in the glass court and I also have not played for some time. I hope to do well against Rachel.” 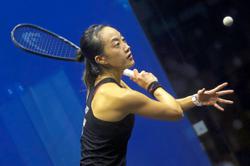 Nicol frontrunner for highest award by World Games
Low, high in self-esteem
SRAM’s plans quashed again, players leave training camp
Nicol’s got it all to be on GOATs list
Think Nicol David's the greatest athlete of all time, then vote for her in online poll
Let’s Nic ’em from schools
Eain Yow looks to the future after hammering by Omar
Giant killers Ming Hock-Thanussaa fall in final
Wee Wern: Squash will not give up Olympics fight
A place to call his own