PETALING JAYA: To go against the system is a highly risky move and to do it alone takes a lot of guts.

But national No. 1 squash player Low Wee Wern (pic) dares to be different and successful under a local coach at home.

The world No. 22 is the only player from the national team that is based in her hometown of Penang and trains under Aaron Soyza. The other players train in Kuala Lumpur.

Wee Wern said she was motivated to prove that she can achieve more milestones under her long-time coach.

“I’ve reached the world No. 5 position (in 2014) under Aaron and I still hope to reach the world No. 1 spot one day,” said Wee Wern, who has been groomed by Aaron since she was 11.

She admitted there was pressure to conform to the norm following the success of former internationals – eight-time world champion Nicol David, Ong Beng Hee and Mohd Azlan Iskandar, who were based overseas and under foreign coaches but she stood firm with her decision.

“In 2008, I was asked to join Nicol in Amsterdam, which I did but only for six months. I felt that I would also benefit even if I trained at home and I returned to Penang,” said Wee Wern.

“I still believe that I can be as successful as the others by training here and under a local coach.”

Her progress in the sport was hampered when she suffered an anterior cruciate ligament (ACL) injury in her knee in 2016 that required surgery and kept her out of action for 21 months.

It did not break her resolve as she returned to competition in 2018 and went on to win the Malaysian Open, her second tournament since making a comeback.

In January this year, she upstaged world No. 8 Amanda Sobhy of the United States in the second round of the Carol Weymuller Open.

“I was gaining momentum before the Covid-19 halted all tournaments. I’m still aiming high and eyeing glory at the Asian and Commonwealth Games,” she added.

For now, Wee Wern is eagerly awaiting the National Championships from Oct 6-10 in Bukit Jalil.

“This is the only tournament left this year. We’re glad that we’ll get to be competitive. I’m so looking forward to it,” said the reigning champion. 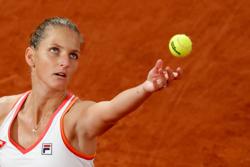