KUALA LUMPUR: National shooter Johnathan Wong (pic) has no choice, but to rely on a series of virtual competitions organised by other countries to maintain his momentum in the sport amid the recent surge in Covid-19 cases.

Among others, the 28-year-old has participated in the Jateng Online Shooting Series hosted by Indonesia on April 11 and a friendly shoot-out with Singapore on April 24, where he claimed second place in the 10m air pistol event.

Johnathan said the current situation has forced many competitions to be cancelled including the Tun Haniff Trophy 2021 scheduled for June 29 to Aug 4, which he had planned to use as the 2022 Commonwealth and Asian Games preparations.

“Looking at the calendar, the next physical competition is likely to be the Tun Tan Siew Sin Trophy (July 27 to Aug 1), ” he said.

Johnathan said his preparations and training at the National Sports Council (NSC) has been smooth so far under the guidance of coach Mohamad Firdaus Abd Rahim. 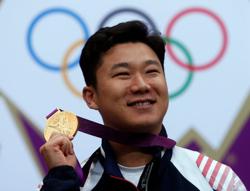 Olympics-Shooting-Korean great Jin eliminated in 10m pistol event
Olympics-Shooting-Five to watch at the Tokyo Olympics
Olympics-Shooting-Britain's Hill out of Games due to COVID-19 positive
Debutant Tejaswini ready to hit bullseye... at 41
Suryani looking good in final practice before flying to Tokyo
Top competitors out to give Suryani a torrid time
Suryani hopes her experience will make up for lack of competitive exposure
Shooter Suryani ready for Tokyo despite short notice
Suryani top choice as NSAM get wildcard slot for Olympics
Shooting for glory, not to kill - a refugee's Olympic goal