PETALING JAYA: National shooter Nur Suryani Taibi has not touched her rifle for two months but one should not rule her out as a non-threat.

The 38-year-old mother of two, who is eyeing to win one of the spots to represent Malaysia at this year’s Vietnam SEA Games, has been keeping herself fit by doubling up physical training at home.

Suryani has chosen to skip the quarantine-based training approach in Bukit Jalil to be with her family at an army depot in Semenyih.

“I’ve missed two months of training because of family obligation. While my teammates have been training and also taking part in online competitions, I’ve been focusing on cardio and strength workouts, ” said Suryani.

“Every national athlete is required to attend gymnasium twice a week but I’ve been doing it every day here at the army camp. I feel lighter and fitter.”

She also focuses on imagery to practise her shot plan.

“I don’t have a rifle with me but I picture mounting it on my shoulder and taking aim at targets... it’s about focusing and relaxing, ” she said.

“It’s all about practising the mind to position myself as how a shooter should do and pull the trigger... I do spend some time doing this daily.

“I’m keeping myself on my toes, so that it will be easy for me to follow the full-time training when I rejoin the team after border travel is lifted, ” she said.

Last year, Suryani bagged gold in the 50m rifle three-position in the President Ally T. H. Ong Trophy in March before all competitions were halted. She also finished third in the Asian Shooting Championship in the 50m air rifle prone in 2019.

If she continues with her determination to be the best in what she does, it will not be a problem to beat the others in the team to represent Malaysia in her 12th SEA Games. 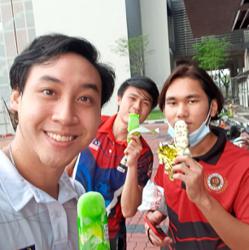