In victory or defeat – it’s all smiles in Birmingham 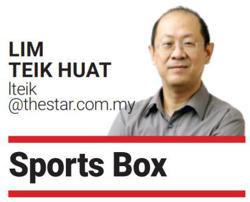 A CUP of Americano is what I need to kickstart my day. It awakens my senses and gives me wings.

An Americano, as we all know, is an Espresso diluted in hot water, with no milk added. But in Birmingham, it came with milk. Birmingham is sweet that way. It’s a working-class city but looking at the warmth and kindness of its people, you can see why the athletes in the Commonwealth Games are always smiling.

The second biggest city in England has an eclectic mix of races and ages but in every venue, the volunteers, especially the ushers, are senior citizens. They make every venue a spectacle.

Their joy is infectious, and their antics and words set everyone at ease, not to mention the Brummie accent that sounds so pleasant (though some in the British population may disagree).

At times I struggled to understand, but seeing the smile after each sentence, I was smitten.

No wonder national swimmer Khiew Hoe Yean said it was a new experience, and added: the “crowd here is hype”.

He is right. The vibes here are different ... and it’s not only the English crowd but those from the other Commonwealth nations, all of whom have made it entertaining.

In the arenas I went to, the people just grooved along with the tunes played by the DJ, always making sure their voice was heard at every session. The athletes were never left in the lurch ... every one of them got a cheer from the people.

When they falter, the words out of their mouth, my word, they were ... beautiful!

It is no wonder that all the athletes seem to be all smiles. Take British paralympic swimmer Grace Harvey as an example.

Competing in the Commonwealth Games for the first time, she finished second in the 100m breaststroke SB6. The athlete with cerebral palsy lost to fellow Englishwoman Maisie Summers-Newton in the race, but Harvey didn’t rue the silver.

Instead, she charmed the audience with her radiant smile, sunny personality and sparkling eyes. I’ll be honest, I had a crush on her.

Sports has its pressure cooker moments, though. When one falters, scrutiny follows. Even anger.

Hoe Yean endured a few days of odium from the public because his quote on the crowd was misunderstood.

He said the crowd “was hype”, but a local daily quoted him as saying the audience was why he could not perform well.

The comments on social media were vile. It was full of hate, and for any young athlete, that can be demoralising.

Athletes, especially those from aquatics, including diving diva Pandelela Rinong, have since backed the 19-year-old.

Hoe Yean, however, took it in his stride and even posted an Instagram story with the volunteers of the Games.

I guess he, too, was truly enamoured by the volunteers’ warmth and kindness.

These athletes, at the end of the day, are humans too.

There will be setbacks, but some warmth and kindness can help them go a long way.

But there was lots of love on social media last night – for Mohd Azeem Fahmi at least. The youngster broke the 100m national record by winning his heat in the World Junior Championships in Cali, Colombia.

Netizens poured out their love, with many hoping he can become the first Malaysian to do a sub-10s in the blue riband event.

That love is good, but when he goes through a blip, I hope it doesn’t turn into hate.

The least we can do is to be mature in our thoughts and question authorities on what we can do to elevate these athletes.

It’s been a short stay and I bid adieu to Birmingham with lots of love. The city has shown me how affection and love can be a salient part of sports.

Birmingham, this matey will pop by for more in the years to come. And I won’t mind even if you add milk to my Americano. 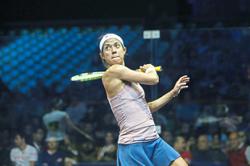 Letting athletes rule the roost for the good of sports
The Commonwealth Games – almost 100 but will it stay strong?
Tales of tragedy, grit and determination from the Games
No other like Kok Chi, a man whose life truly dedicated to sports
Future of Malaysian sports may lie in how young athletes perform in Birmingham
Greatest reward is in athletes who bloom into great coaches
Moving abroad is the way to Bolt forward for our Usain
Build on club success to make Harimau roar louder
Let the professionals decide – for themselves and the nation
Sourcing for own funds seems to be the highest tower for Wai Ching to scale