Trolls should be smashed for uncalled-for attacks on shuttlers 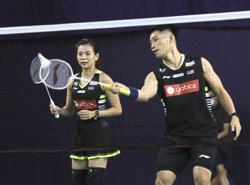 THE Olympic Games is supposed to highlight excellence, unity and good sporting behaviour — of what’s exemplary, of what’s outstanding and noble.

Not only by the athletes alone but the whole sporting community.

Sadly at this Tokyo edition, some of our keyboard warriors at home have gone overboard – and smeared the spirit of Olympism with nasty remarks.

Hiding behind the screen, these cyberbullies trolled, showed no guilt and shame in undermining the country’s representatives at the Tokyo Games.

They attacked the nation’s top mixed doubles shuttlers Chan Peng Soon and Goh Liu Ying after the duo’s humbling exit from the group stage on Monday.

The world No. 7 had won a historic silver medal five years ago at the Rio Olympics, so naturally there were expectations on them – but they simply did not deserve the scathing attack. It was absolutely pitiful.

As a sports journalist, it saddened me to see the way Peng Soon and Liu Ying were ridiculed.

Giving an opinion of how they had fared is acceptable but to take it to a personal level is wrong. Imagine if you are called names!

One distasteful comment suggested that the pair should have entered the Paralympic Games to stand a better chance of winning medal, referring to Liu Ying’s longstanding injury concerns.

With a strong social media following, Liu Ying’s fame has certainly come with a price as another unpleasant comment directed to Liu Ying read: “While athletes from other countries are focusing on the game, GLY has focused on becoming a celebrity.”

There are many other remarks, which I’m even ashamed to mention.

Peng Soon, for instance, was not even able to return home to see his wife and four kids for more than two months before the Olympics although his house is just several minutes drive away from the Academy Badminton Malaysia (ABM) because of the quarantine rules.

As for Liu Ying, it has been nothing but an extraordinary journey to make a strong comeback after two major surgeries back in 2014 and 2017.

She could have taken the easy way out by hanging up her racquet after the Rio Games, but she persevered and made her way back as one of the best mixed doubles players in the world and subsequently earned the nod to represent Malaysia in Tokyo.

In doing so, Liu Ying had created history as the first female shuttler to compete in three Olympics, a task that many may find it hard to emulate.

Fortunately, there are many Malaysians who stood by them. And rightly so.

Having covered the sport for many years, I truly understand the hardship these shuttlers had to go though.

They know when they have played below par and are able to accept constructive criticisms but everyone has a limit. Who can tolerate insults that are uncalled for?

I’m glad chef de mission Lee Chong Wei has stood up for them.

So, let’s show some class people.

You may think it’s cool to mock athletes or anyone else for that matter. But it’s not cool at all. 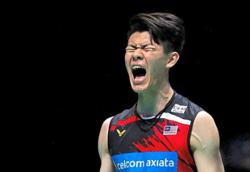 Go where your heart is Jin Wei, it’s not too late to make a U-turn
Making a bold stand to prevent doping remains a weighty issue
Three-minute blunder – heroic Ziyad just has to put best foot forward
There’s no denying it – sports unify the nation
Post Olympics – will those in charge deliver?
To be a sporting nation, we must start with dream of being the world’s best
Let’s cheer for our para athletes as they seek to better Rio achievement
Why the long face? Heartwarming acts and some dramas too
The reign won’t stop here – gold only whets Axelsen’s appetite for more
Body art out in full force in Tokyo