IT is unlikely that Malaysian diving can reach the heights of what was achieved at the London Olympics nine years ago but it will be an embarrassment if there is no representative in the men’s competition in Tokyo this July.

Then, our divers under the helm of Yang Zhuliang, secured 10 out of the maximum 12 quota slots available for a nation. 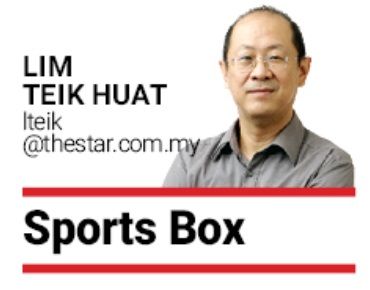 Malaysia were then the No. 2 Asian powerhouse behind China, who as expected, filled all 12 slots.

The divers also for the first time qualified for three of the four synchro events.

The synchro competition made its Olympic debut in Sydney 2000 and London marked the first time Malaysia had representation in the discipline.

The only slot to escape Malaysia was the men’s 10m platform synchro while Bryan Nickson Lomas qualified for the 10m platform individual event.

Forward to 2021 and there is a lot at stake for the diving team under Australian Christian Brooker and China’s Li Rui when they begin their campaign in the Diving World Cup in Tokyo today.

There are four nation slots available and the duo do not need reminding that a top eight finish will suffice as long as China, Britain, Mexico and Japan are also in the mix.

These countries have already made the cut at the world championships in Gwangju, South Korea two years ago while the host country are assured of an automatic spot to complete the eight-nation field for the synchro event.

Malaysia have qualified for the men’s 3m synchro event in London and in Rio 2016 but it was a wake-up call of how the standards have shifted when Yiwei-Tze Liang were only placed fourth at the 2018 Asian Games in Indonesia.

The pair failed to defend the silver Malaysia won in the last two editions of the Asiad in Guangzhou (2010) and Incheon (2014).

The men also had a jolt when they failed to qualify at the Asian Diving Cup held in Kuala Lumpur not long after the world meet.

The Asian meet is the continental qualifier and it would normally have offered a big chance for our divers to win the competition to book their place in the Olympics.

But it was a slap in the face for our divers as Japan’s Ken Terauchi won the men’s 3m individual springboard competition.

In the 10m platform individual, Singapore’s Jonathan Chan won the event and became the first diver from the country to qualify for the Olympics.

The women will likely carry the show for Malaysia in the next six days but it is my hope that their male counterparts can create ripples in the pool as well.

In-form Devils will outshine Reds in entertaining tie
Power of people overpowers greed and racial discrimination in sports
Red-letter day for United and Liverpool
Can Tokyo Olympic Games stand firm on shaky ground?
The new scoring system - a smashing point or a point that needs to be smashed
Great job by Lee, but we must not depend on only one player to bring glory
Hats off to courageous ladies for taking on bigger roles in sports
Are we on right trail of leadership to reach summit of success in sports?
Disheartening to see local coaches not getting their due$
Do we need SOP to prevent another kind of virus from weakening Malaysian sport?