Still our heroes – coaches with heart and Seoul 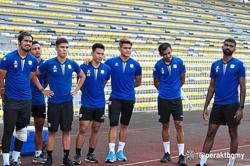 WITH little else to do during the movement control order, my niece has been glued to the TV, and fallen deeply in love with Korean dramas and K-pop bands.She has been bugging me to watch with her. It’s not just a teenage fad.

Two of my colleagues are hooked, too. They sing rave reviews of different Korean actors and actresses in gripping dramas and movies. 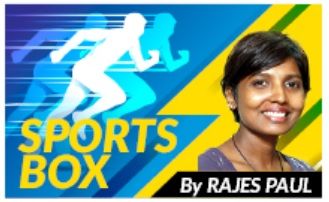 You know the Koreans have really taken over when a colleague introduces a Korean-made toothpaste for gum problems and yet others delight over the food.

I kind of like the toothpaste and the food but no, I’m not hooked on the soap operas or the look-alike bands. At least, not yet.

What has this to do with Malaysian sports? Plenty, actually.

Korean coaches have taken up leadership roles here and some have made a big difference.

Choong-hoi was the head coach of the national fencing team from 1988-1996.

He died this month at 75 but his contributions over the past decades were immense. Even after his service with the national team was over, he stayed back, coached at his own club – Jung Fencing Centre and groomed many juniors.

I did not know him personally but all in the sports fraternity acknowledge him as a gem. He went beyond just coaching – a strict but fatherly figure.

He cooked for his athletes and fed them when they were hungry. He even found sponsors for the fencers. Remember, the athletes were not fully funded then.

Then, there was the badminton doubles legend Joo-bong. It was such a pity that he did not stay long.

He was the head of the national team from 2000-2003 before leaving to coach Japan, but what a wonderful four years he had here.

I’ve never seen a coach so honest and passionate about the sport. He knows what it takes to be a champion, having won every major tournament - Olympics, World Championships and the Asian Games.

Often described as a model coach, he was disciplined, hardworking and justified every last sen the Badminton Association of Malaysia (BAM) spent on him.

But he was a man who called a spade a spade. He did not do politics, but politics in sports saw his coaching career with BAM end prematurely.

Malaysia’s loss however, was certainly Japan’s gain as Joo-bong led them to their first gold at the Olympics and World Championships, something Malaysian shuttlers are still dreaming about.

The Japanese even defeated Malaysia to win their first Thomas Cup in 2014. Our team, meanwhile, continue to wait, always remembering the glory of 1992.

Like Joo-bong, national archery coach Lee Jae-hyung is also a special kind of coach. He has served for 12 years and is still going strong.

Under him, Malaysian archery have dominated the South-East Asian region and have had qualifiers in four consecutive Olympic Games.

You know he’s a committed coach just by looking at the colour of his skin.

He is as tanned as his archers. He’s not one to stand, with arms folded, under the shade while his charges toil under the scorching Malaysian sun.

He is right there in the mix with them.

He has embraced the local culture, too, having picked up the local language to make sure his charges understand his every instruction.

It’s a delight to hear him speak – the Bahasa Malaysia with the Korean accent sounds quaint.

These Korean coaches are humble despite all the successes. They genuinely care for their athletes and love what they do.

They are also heroes of our nation and great ambassadors.

We thank you and salute you. Gamsahabnida.

> THE writer took up Korean language as an elective paper in the university more than two decades ago but can’t remember much, only the cute lecturer.

Match-fixing – or nyabon – is for born losers
Hope springs eternal and it’s the lift that Malaysian sport needs
Shalin – legends never die, they move on to bigger things
May our positive visions for 2021 go viral
Good coaches can be smashing figures wherever they choose to be
Toffees expected to keep toothless Gunners at bay
Let’s rally around grounded Flying Sikh
Ignore pain, remember resilience! It's not a year to forget in sports
Can toothless Arsenal stop in-form Spurs in North London Derby?
Maradona’s no saint but he’s the people’s footballer