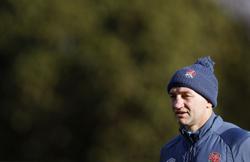 LONDON (Reuters) - England have recalled Kyle Sinckler for next month's testing autumn international series, but fellow prop Will Stuart misses out with injury and centre Henry Slade has been over-looked, coach Eddie Jones confirmed on Monday.

Experienced front-rower Sinckler missed the July series in Australia with a back injury and had been replaced in the side in all three tests by Stuart, who was building a head of steam for selection for the Rugby World Cup in France next year.

There is a first call-up for England junior international wing Cadan Murley, while other players back in the squad are utility back Max Malins and prop Val Rapava-Ruskin.

Among the players not selected are Slade, Elliot Daly, Joe Marler and Danny Care as Jones looks at other options.

England face Argentina on Nov. 6, before a clash against Japan (Nov. 12) and two heavyweight tussles versus New Zealand and South Africa on consecutive Saturdays after that.

"This is a very strong, vibrant squad and a number of good players have been left out. We are pleased with the depth and the strength of the squad," Jones said in a media release from England Rugby.

"The autumn internationals will be like a mini Rugby World Cup for us, starting with two tough games against Argentina and Japan which mirrors our Pool fixtures at next year's tournament.

"Then we'll have knock out type games against New Zealand and South Africa – all four games will be great tests for us."

Jones is without a number of players ruled out of the series, including Alex Dombrandt, Charlie Ewels, George Ford, Jamie George, Nick Isiekwe and Sam Underhill.

The team will return to train in Jersey ahead of the tests. 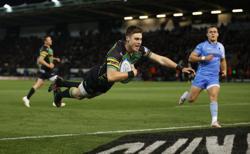