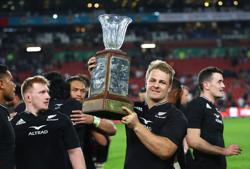 JOHANNESBURG (Reuters) - New Zealand lock Sam Whitelock says his side must "nail the basics" in their second Rugby Championship test against South Africa at Ellis Park on Saturday, but concedes countering the powerful Springboks is easier said than done.

New Zealand slipped to their fifth defeat in their last six games in Nelspruit last weekend, their 26-10 loss their biggest against the Boks in 94 years, which has placed the side, and in particular coach Ian Foster, under immense pressure.

"I haven't had this many losses in a such few games (in my career), but I always look at myself first," Whitelock told reporters on Friday. "Where can I be better on and off the field. There are always things to improve on, whether that is skills-based, fitness or a mental thing.

"There is always pressure and outside noise. The main thing for me as a senior player in this team is to sort myself out first. To train well to set myself up to play well."

The All Blacks were second best in every facet of the game last weekend, but Whitelock says they have spotted some weaknesses in the Boks.

"There are a couple of things we have identified that we can be better at, opportunities that we have seen. I won't tell you what they are, but hopefully we can go out there and exploit those weaknesses," he said.

"They have a good scrum, a good maul. They are big strong boys and they love to create momentum. We have to stop that, it is easier speaking about that than doing it, but we have to make sure we don't give them an opportunity to do that.

"One of the biggest things is our discipline, we can't give away silly penalties so they are getting opportunities to kick into corners and set up the rolling maul."

New Zealand have suffered from slow starts in recent tests and Whitelock said that is another area they must improve.

"Going out there and executing straight away is something we have spoken about this week. South Africa are a good side and they do squeeze you if they get in front. We don't want to give them a seven-point head start," he said.

"We have to get better from where we were. There were some improvements last week, but at the same time there are things we didn't quite nail. You have to nail the basics." 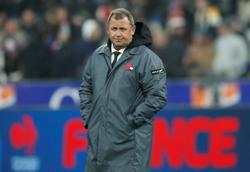