PRETORIA (Reuters) - Wales return to the scene of one of their darkest days when they face South Africa at Loftus Versfeld on Saturday, but with many in the squad too young to remember their record 96-13 mauling in 1998, coach Wayne Pivac believes they can spring a surprise.

It is also their first test since a shock home loss to Italy at the end of this year's Six Nations, a result Pivac has called "embarrassing" and further motivation, if any was needed, to beat the world champions this weekend in front of a capacity 52,000 crowd at what many believe is the spiritual home of Springbok rugby.

There are still some ties to their biggest ever defeat 24 years ago – Bok director of rugby Rassie Erasmus scored the first try in the match and Wales attack coach Stephan Jones made his international debut off the bench.

But having lost all of their 10 tests in South Africa, one thing Pivac is clear about is that his side will not feel defeated before they walk onto the pitch.

"Everybody does their homework, we know what we think is coming," Pivac told reporters on Thursday. "We are at altitude in the first Test. We factor those things in. We have a game-plan fit for this venue and this opposition.

"Everybody knows what you’re coming to, you’ve got this rich history and a lot is made of playing at altitude. It’s exciting.

"The boys are really enjoying being in a different climate. It’s a massive challenge. It’ll be a good test and it’ll show us exactly where we are."

Wales have George North slotting in at centre after a year out, and also welcome the return of loose-forward Dan Lydiate following a similar absence.

But Pivac has left experienced players Tomas Francis, Alun Wyn Jones, Josh Navidi and Tomos Williams on the bench in what is perhaps a sign of a changing of the guard.

South Africa have selected a team that strongly resembles the one which lifted the World Cup in Japan three years ago.

Elton Jantjies will line-up at flyhalf and Damian Willemse at fullback in the place of Handre Pollard and Willie le Roux respectively.

"This team is a balance between guys who have not trained over the last three weeks and those who have," coach Jacques Nienaber said.

"There is a bigger plan and this week’s team is the best we can pick in terms of that balance." 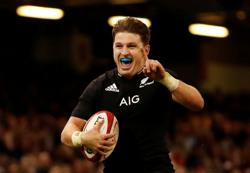 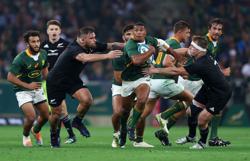