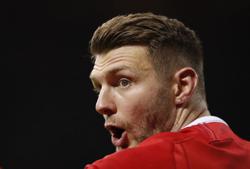 (Reuters) - Argentina lock Tomas Lavanini has received a five-week ban for his illegal clean-out of prop Cian Healy during the Pumas' 53-7 defeat to Ireland in Dublin last month.

Lavanini picked up the third red card of his international career for his ruck violation and admitted at his judicial hearing that he had committed an act of foul play.

However, he argued it was not worthy of a red card, World Rugby said in a statement.

The judicial panel disagreed and upheld the card, reducing the minimum six-week suspension for head-high contact to four weeks due to his "expression of remorse" and conduct at the hearing, then adding a week for his poor record.

Lavanini applied and was approved to take part in the "Coaching Intervention Programme", World Rugby said, which means he may be able to have his ban reduced by a week if he works with coaching staff to modify his tackling technique.

As it stands, the Clermont forward will miss five games for the French club, including Saturday's Top 14 clash against Biarritz. 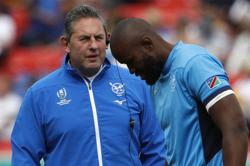 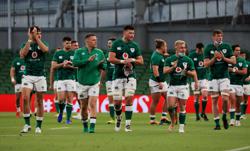