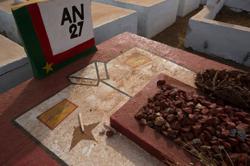 WINDHOEK (Reuters) - Namibia coach Allister Coetzee has slammed the decision to host next year's African qualifiers for the Rugby World Cup in France rather than on the African continent.

Zimbabwe, Algeria, Burkina Faso, Namibia, Ivory Coast, Kenya, Uganda and Senegal will compete in the Rugby Africa Cup in July 2022 in France, which serves as the final qualifying competition for the 2023 World Cup that the French are also hosting.

“I have never seen such a decision being taken in any other sport code – like a football tournament meant for Africa staged in Europe, or the other way around,” Coetzee said in an interview with the state-owned daily New Era.

He said the qualifiers should have been used to develop the game on the continent, where rugby remains a minority sport.

“This competition is important to see the best players in Africa play in front of an African audience,” he added.

In a statement, Rugby Africa said its executive committee had considered the well-being, health and safety of the players when it voted for France to host the continental qualifiers.

"With a long tradition of hosting Rugby Africa tournaments and activities, France and Rugby Africa are already in a close collaboration process which will provide the eight competing teams with an exceptional tournament," Rugby Africa said.

Namibia, who have represented the continent alongside South Africa at the last six World Cups, face Burkina Faso, while Zimbabwe, who played at the inaugural Rugby World Cup in 1987 and in 1991, will play Ivory Coast in the first round of the knockout tournament.

Senegal will take on Algeria while Kenya face Uganda in an East African derby in the other opening-round fixtures, with the victors proceeding to the semi-finals.

The winner of the knockout tournament will go into Pool A at the World Cup in France alongside the hosts, New Zealand, Italy and a qualifier from the Americas.

The runner-up in the African qualifiers gets another chance at reaching the World Cup through a playoff tournament.