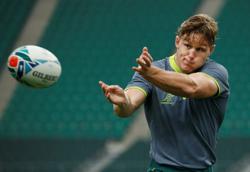 (Reuters) - Duncan Paia'aua was a surprise inclusion for Australia as head coach Dave Rennie announced his 42-man squad for the upcoming Rugby Championship and Bledisloe Cup.

The Toulon fly-half is one of eight uncapped players in the squad as Rennie took advantage of new amendments to Australia's Giteau law to call up the 26-year-old.

Under changes to the rule, which was implemented in 2015 to allow the selection of players not attached to Australian Super Rugby teams, Rennie has been permitted to include two overseas-based players who do not have the required 60 Wallabies caps.

"The connection this group is forming is growing every day and we've picked a squad of players here who are willing to work hard for each other," Rennie said in a statement.

"We know we've still got a way to go to get to where we want to be but that challenge is exciting and something we're looking forward to."

Paia’aua, who played for Queensland for five seasons before moving to France in 2019, previously featured for the Wallabies in an uncapped match against the Barbarians in 2017.

ACT Brumbies forward Nick Frost is the only player selected for a Wallabies squad for the first time while Nic White and Scott Sio have overcome injuries to return to the group.

The Wallabies squad will assemble on the Gold Coast on Sunday ahead of the first Bledisloe Cup test, which is slated to be played in Auckland on Aug. 7.

However, the suspension of quarantine-free travel between Australia and New Zealand could have an impact on the competition if the Wallabies squad is not granted an exemption.

The second Bledisloe Cup test at Perth Stadium, which doubles as the Rugby Championship's opener, follows on Aug. 21 with the third and final Australia-New Zealand clash in Wellington on Aug. 28. 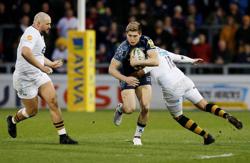