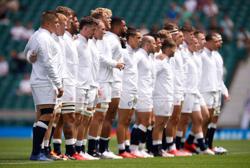 Jersey Reds assistant coach Robinson will return to the England staff after serving as skills coach during the recent Six Nations campaign. He will help Jones run the attack following the departure of Simon Amor.

Codling, who has previously coached with the England men’s Under-20s, Harlequins and Ealing Trailfinders, will work with the forwards with a focus on lineouts.

The appointments will strengthen the coaching unit that lost Amor and skills coach Jason Ryles following a fifth-placed finish in this year's Six Nations.

"We're very pleased to have Alex and Ed join us this summer," Jones said in a statement. "They will provide hands-on skills coaching in attack and lineout fundamentals to a young and developing squad."

An England A side will kick off a summer series against their Scotland counterparts on June 27 followed by tests against U.S. (July 4) and Canada (July 10). 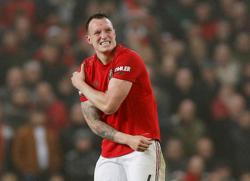 Rugby - Wiese citing dismissed, but too late for selection v All Blacks
Rugby-De Jager back as Boks bolster bench with backline experience
Rugby-Lynagh in England squad, no place for Ford or Vunipolas
Rugby-Wallabies must back up Springbok wins, say young guns
Rugby-All Blacks prepare for Springbok heat in 100th test
Rugby-Springbok flanker in doubt for All Blacks clash after citing
Rugby-Boks know where they went wrong ahead of All Blacks showdown
Rugby-Move to Japan prolonged my career, says returning Wallaby McMahon
Rugby-Flyhalf Carreras can be proud of Pumas performance, says coach Ledesma
Rugby-Wins over Springboks will give Australia belief, says Rennie