Marinos said that would give the Wallabies time to rest after the bunched-up three-test series against France confirmed on Thursday.

"At a worst case we’re looking at Aug. 7 as the first possible date that (the Rugby Championship) could happen," he told reporters.

"There’s a good two, maybe three weeks after this (France) test series in order for the guys to recoup, refresh and get themselves ready."

Organisers rebranded it the 'Tri-Nations'.

Marinos said all four nations were "really committed" to this year's tournament.

"I think all of us know how important it is to get international rugby on for both sides of the 'P' and 'L' (profit and loss) for us," he said.

Australia's Super Rugby teams are scheduled to play New Zealand's in the trans-Tasman competition starting next week, a forerunner of a proposed competition with New Zealand and two Pacific sides in 2022.

Marinos said the success of Australia's domestic Super Rugby AU competition this year had given RA "something to ponder" when contemplating how to structure the 2022 season.

"The fact we get an Aussie winner every week and the fact that we’ve been able to unearth .. a whole lot of new talent, it certainly is (reason for) optimism," he said of Super Rugby AU.

"We've got to look at what the landscape is and certainly do what's best for both of us.

"I think there’s a lot of value in the trans-Tasman. It's also good to give yourself a litmus test against your compatriots across the ditch." 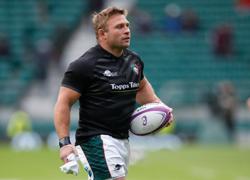