MELBOURNE (Reuters) - Australia's National Rugby League (NRL) has issued a warning to Cronulla Sharks forward Toby Rudolf for making "offensive and derogatory" comments after he joked in an interview that he planned to head to a pub and "pull" to celebrate a win.

In a post-match interview with Fox Sports on Sunday following the Sharks' 32-18 win over St George Illawarra, 25-year-old Rudolf said he would celebrate with "probably about 1,000 beers".

"Go to Northies, try and pull something. Anything will do," Rudolph said, referring to a Cronulla pub.

"No, honestly, it’s all about recovery these days. I’ll be going straight home, straight to the ice bath and staying very, very quiet."

NRL boss Andrew Abdo told Australian media on Tuesday that while Rudolf was trying to make a joke his comments were "inappropriate".

"We are going to issue Toby with a formal warning and I know the club are going to counsel him so there is not a repeat," he told Australian Associated Press.

"Respect for women is one of the foundations of our society and our players, as role models, need to be leaders in this area."

The Sharks said they had passed on the NRL's warning to Rudolf and spoken to him about his interview.

"No further action is planned at this stage," a spokesman said.

Australia's NRL has been at pains to improve players' respect for women after a string of off-field scandals in recent years, including domestic violence allegations against multiple players. 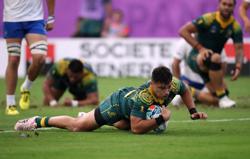 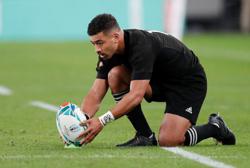