LONDON (Reuters) - England's uncapped duo of Bristol scrumhalf Harry Randall and Wasps wing/centre Paolo Odogwu were the eye-catching names among a 28-man squad named by coach Eddie Jones on Friday for the Six Nations Championship but there was no place for Kyle Sinckler.

Randall, who is also qualified to represent Wales, has been in sparkling form during Bristol's bright start to the Premiership season and will vie with Dan Robson to back up regular number nine Ben Youngs.

Odogwu, who scored two tries in a man-of-the-match performance against Bath two weeks ago, is also eligible to play for Italy, through his father but is now in line to nail his colours to the Twickenham mast.

Bristol prop Sinckler was suspended for England's opening game against Scotland on Feb. 6 after swearing at the referee in a club game but would have been available for the rest of the tournament.

Jones was forced to limit his squad to less than his usual 35 names and will have fewer training days because of COVID-19 restrictions related to players moving back and forth between the England camp and their clubs.

As a result he has also named a shadow squad of 12 that mostly comprises inexperienced or uncapped players, although Bath pair Jonathan Joseph and Charlie Ewels both feature.

Last season's Premiership player of the year Jack Willis of Wasps is also in the shadow squad after being pipped by Ben Earl for a slot in the main group. Exeter's in-form number eight Sam Simmonds did not make either group.

Prop Mako Vunipola will link up with the squad for rehab during the tournament.

England will meet up at the national football team's training base at St George's Park in the Midlands on Jan. 27 to begin their build-up to the opening game of their Six Nations title defence at home to the Scots.

“This has been a really tough squad to pick and I know there are a lot of disappointed players who haven’t been selected," Jones said. "We’re really excited by the players we have got, it’s a very vibrant squad and we are looking forward to getting started.

“We are very grateful to Premiership Rugby, the clubs and the Rugby Players' Association for allowing us to have 28 players throughout the tournament. We’re very happy with the number and it’s testament to the growing relationships between all parties." 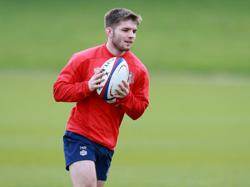 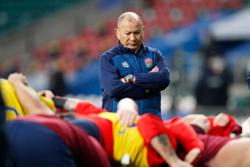