EDINBURGH (Reuters) - Fiji's powerhouse wing Nemani Nadolo marked his return to international rugby with a hat-trick of tries as they celebrated a late entrance into the Nations Cup with an emphatic 38-24 victory over Georgia at a wet Murrayfield on Saturday.

Fiji forfeited their three pool matches due to coronavirus cases in their squad and took out that pent-up frustration on the Georgians as wing Josua Tuisova, and flanks Johnny Dyer and Mesulame Kunavula, also scored in a six-try romp.

Georgia’s woeful form in the competition continued as they managed to apply some forward muscle for a try by replacement prop Giorgi Melikidze and two from flank Beka Saginadze but otherwise lacked the quality to break Fiji down.

The islanders take seventh place in the competition, despite only playing one match, with their first international win since beating Georgia 45-10 at the Rugby World Cup in October 2019.

Nadolo had not played for Fiji since June 2018 but was recalled for the tournament and took just 72 seconds to make his mark as he brushed off two tackles to score in the corner.

Fiji, who have largely only seen the inside of hotel rooms in the last few weeks as they sat idle in quarantine, started with energy and purpose, scoring three tries inside 18 minutes.

Flank Dyer burrowed over from close range before Tuisova was put into acres of space on the right wing as Fiji moved the ball quickly from side to side.

Georgia's Melikidze took advantage of some rare possession in the Fiji 22 to force his way over from close-range, as the islanders led 19-10 at the break.

But Fiji moved further ahead in the second half. Tuisova showed incredible strength to hold off four defenders before slipping the ball inside for Kunavula to score.

A quick double from Nadolo wrapped up the game as he first profited from a superb grubber by flyhalf Ben Volavola, and then burst through the defensive line in midfield.

Saginadze scored two late tries for Georgia as Fiji’s lack of match fitness in the sodden conditions began to show. 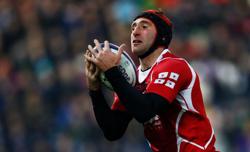 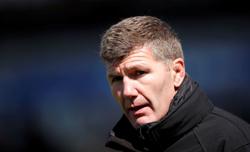