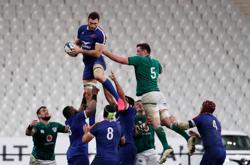 PARIS (Reuters) - On paper, a France versus England rugby test should be an exciting European clash, but next Sunday's Autumn Nations Cup final between the two may be one of the their most lopsided encounters yet.

While England are expected to be at full strength in Twickenham, where 2,000 spectators will be allowed in as COVID-19 restrictions are eased slightly, Les Bleus are set to send a B team.

Under new coach Fabien Galthie, France have won seven of their eight tests this year, finishing second in the Six Nations behind England on points difference despite beating Eddie Jones's team in the championship's opener.

But an agreement between the federation and the league, which looks after the clubs' interests in the Top 14, means that players could only feature on three match sheets during the autumn international window.

When the Six Nations decider against Ireland was rescheduled for Oct. 31 due to the coronavirus pandemic, Galthie fielded his top players for a friendly test against Wales a week earlier.

The head coach then chose to use the same team to face Scotland in the Autumn Nations Cup Group B, probably not sure that his reserve team would beat their top opponents in the pool.

Antoine Dupont, who has been developing into one of the world's best scrumhalfs, led the side to victory. But he and the likes of captain Charles Ollivon and centres Virimi Vakatawa and Gael Fickou, are now done for the year.

A reshuffled France beat Italy 36-5 in the final Group B game on Saturday, but with only two players having won more than seven caps, the squad will be largely inexperienced.

Scrumhalf Baptiste Serin and wing Teddy Thomas, who played against the Azzurri, also have to leave the squad after playing three tests.

"England in the final? They're a nation who do not lose a lot, and they are going to play with their best team, they’re probably the best team in the world right now since South Africa have not been playing," said Galthie.

Asked if he had been tempted to ask the federation and the league if they could make an exception and allow him to recall his top guns, Galthie said it would not have been productive.

"No. You cannot ask the players to come into the squad, leave, and come back again," he explained.

"It's too difficult for a player. Club rugby and international rugby are two different things. 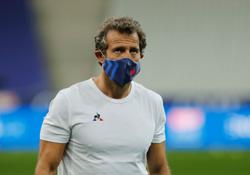