His plan is to beat the system dominated by the big European clubs, by developing young talent from North and South America.

"In view of the progress made in the last 48 hours, (the historical shareholders) and OL Groupe have agreed to grant Eagle a final deadline as at December 7, 2022 to reach a final, unconditional and financed agreement with all parties, on the basis of which the closing process can be initiated," OL said in a press release.

Should this be not successful, the club will consider alternative sources to raise capital "to ensure that it will have solutions available rapidly in the event that the transactions with Eagle Football are not completed."

The purchase of the club, announced in July, has already been delayed twice, in September and October. 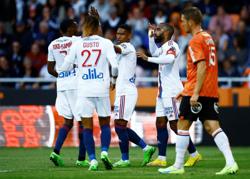