A second round draft pick of the Cowboys in 2013, Escobar spent four seasons in Dallas catching 30 passes, eight for touchdowns.

He also spent part of the 2018 season with the Baltimore Ravens.

According to the coroner's report Escobar, 31, was found dead at the scene while climbing a "rock face".

Escobar had just been hired in February by the Long Beach Fire Department, which confirmed Escobar's death on their Twitter account.

(Reporting by Steve Keating in Toronto. Editing by Christian Radnedge) 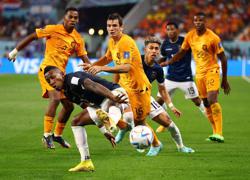