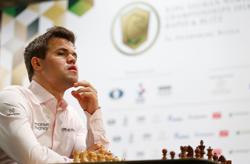 (Reuters) - The International Chess Federation (FIDE) has rebuked world champion Magnus Carlsen for abruptly conceding an online game against Hans Niemann while adding it shared the Norwegian's concerns surrounding cheating in the sport.

Carlsen resigned after just one move against American Niemann, who lags almost 200 Elo points behind him, at the Julius Baer Generation Cup this week, just days after he left an over-the-board tournament following a loss to the same opponent.

The surprise defeat and Carlsen's subsequent withdrawal from the Sinquefield Cup in St Louis sparked a furore of comments and allegations that the 19-year-old Niemann had cheated, including from American grandmaster Hikaru Nakamura.

It was Carlsen's first defeat with white pieces in a classical game since he lost to Levon Aronian in Oct. 2020.

Niemann has denied any wrongdoing.

FIDE said it was its duty to protect the integrity of chess given recent events involving the two players.

"We strongly believe that the World Champion has a moral responsibility attached to his status, since he is viewed as a global ambassador of the game," the governing body said in a statement on Friday.

"We strongly believe that there were better ways to handle this situation."

While Carlsen refused to clarify whether Niemann had used illegal means, FIDE said it was prepared to task its Fair Play Commission with a thorough investigation of the incident once adequate initial proof is provided.

"We share his deep concerns about the damage that cheating brings to chess ... FIDE has led the fight against cheating for many years, and we reiterate our zero-tolerance policy toward cheating in any form."

Niemann had previously been banned from chess.com for cheating online, having admitted he had not played fairly in non-competitive games on the website in his youth. 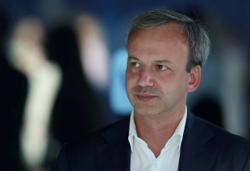