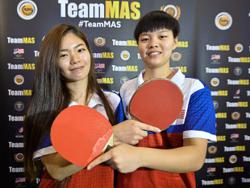 They have – since making their debut at the 1966 Commonwealth Games in Kingston – returned with their best ever medal haul of two silvers.

On Sunday, Javen-Karen went down fighting 4-11, 11-9, 5-11, 6-11 to India’s Achanta Sharath Kamal-Akula Sreeja in the final at the National Exhibition Centre. It was Malaysia’s first medal in the mixed doubles in the series.

“Previously, no one gave table tennis a second look because we did not achieve much but now, with our latest achievements, there will be more support for the sport,” said Javen.

The 21-year-old Javen was obviously pleased with his outing, especially advancing to the final and delivering a medal.

“It was a very unexpected results for us. We never thought we could reach the final and when we did we just told each other to enjoy the game.”

Javen intends to savour the medal won with Karen as it proves they had a good combination.

“It meant a lot to us because this is our first medal ever since we formed our partnership. It is also Malaysia’s first medal in the mixed doubles event at the Games. It is also evident that our standards have improved,” said Javen.

Karen said she did not expect to bag two silver medals.

“My achievement in winning two silver medals (here) is like a dream.

“We had a tough time preparing for the Games but our success here proves that it’s all been worthwhile,” she added. 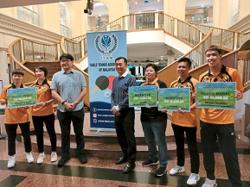