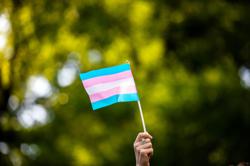 The Olympic rings are pictured in front of the International Olympic Committee (IOC) headquarters in Lausanne, Switzerland, December 7, 2021. REUTERS/Denis Balibouse

(Reuters) - The International Olympic Committee (IOC) has defended its position that it is up to each international sports body to set their own rules for transgender athletes' inclusion, despite criticism from tennis great Martina Navratilova.

Navratilova, a gay rights trailblazer, had slammed the IOC earlier this week for what she said was a lack of leadership on the issue of the inclusion of transgender athletes in sport.

The issue was brought into focus by last weekend's decision by swimming's governing body FINA to ban athletes who have been through any part of male puberty from elite women's competition.

"But what we are clear about is that each sport should and does know best how to look at not only sport but also at its disciplines, where there is a reasonable advantage."

The IOC last year revised its guidelines on inclusion with a new framework advising athletes should not be excluded on the grounds of "perceived" unfair advantage, but leaving it up to sports federations to decide the rules.

Adams said finalising those rules would take some time.

"But we cannot come forward with one rule. One short rule that fits all. It has to be by sport and even by discipline," he said. "So we accept there will be criticism, that's inevitable I'm afraid. But we will do our best to balance fairness and inclusivity."

Navratilova had said striking the balance between inclusion and fairness down to individual events was extremely complex and that the IOC had offloaded responsibility for the issue onto sometimes poorly funded federations.

"The IOC has completely punted," Navratilva, who has won a total of 59 Grand Slam titles, told The Australian newspaper.

"They have to do the research and the implementation ... and it costs money to then figure it out, and it's impossible."

While FINA engaged leading scientists on the task force which drew up its rules, advocates for transgender inclusion argue that not enough studies have yet been done on the impact of transition on physical performance. 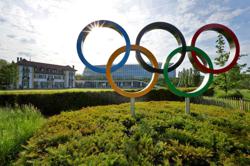