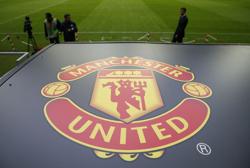 The English soccer club secured a spot in next season's Europa League after ending the domestic league campaign in sixth place with 58 points - their lowest tally in the Premier League era.