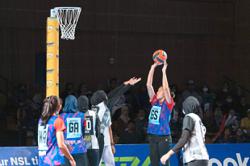 PETALING JAYA: Taekwondo Malaysia (TM) president Azizul Annuar Adenan has sought the help of the Youth and Sports Minister Datuk Seri Ahmad Faizal Azumu to review the sport’s status which was excluded as a core sport in 2017.

Azizul said the exponents have proven again that they should be reinstated after winning one gold, one silver and three bronzes at the Hanoi SEA Games.

Prior to that, Malaysia had also won a silver and two bronze medals in the World Poomsae Championships in Goyang City, South Korea, in April.

“I hope the sports minister will review the National Sports Council’s (NSC) decision to drop us. The ruling was announced on Dec 12, 2017, to the media without serving an official statement to us. We have not been given an avenue to appeal despite our attempt to do so,” said Azizul.

The exclusion had a direct impact on development as taekwondo is no longer part of the Sukma (Malaysia Games) programme, said TM technical executive council chairman R. Dhanaraj. It has affected the association’s efforts in unearthing new talents.

“Even sponsors shied away and this has also restricted our efforts to have a solid development programme like sending them abroad for tournaments and training stints.”

TM are hopeful NSC will have a change of heart and give the green light for their exponents to compete in the Kuala Lumpur Sukma from Sept 29-Oct 8.