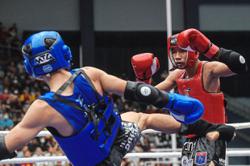 MALAYSIA are assured of at least two silver medals when two national teenage muay thai exponents marched into the finals that will take place tomorrow.

In the semi-final action at the Vinh Phuc Sports Centre yesterday, Nur Amisha Azrilrizal advanced to the final of the women’s elite below 51kg category after downing Cambodia’s Soeng Moeuy 30-27.

The 19-year-old Amisha, who won a bronze in the 2019 edition in the Philippines, will face Srila Oo Wansawang after the Thai girl defeated Vietnam’s Thuy Phuong Thi Trieu 29-28.

Meanwhile, Ahmad Nor Iman Aliff Rakib confirmed his spot in the final after eliminating Filipino Ariel Lee Lampacan 30-27 in the men’s elite below 54kg semi-finals.

The 18-year-old Malaysian will take on Huynh Hoang Phi in the title showdown after the Vietnamese exponent ousted Thailand’s Sakchai Chamchit 30-27. — Bernama 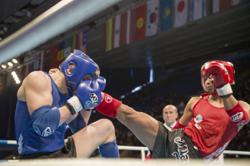