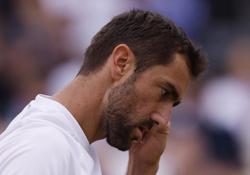 The commissioner's office said he would be suspended without pay effective immediately for testing positive for Stanozolol, a synthetic steroid.

He is the second Brewer in six weeks to receive an 80-day suspension for a prohibited substance after catcher Pedro Severino was punished in April after testing positive for Clomiphene.

Mejia has featured in just two games for Milwaukee, who have enjoyed a blockbuster year and are tied with the New York Mets for the best record in the National League with 23 wins and 13 losses.