KUALA LUMPUR: More national athletes can look forward to having extra cash in their pockets soon.

The National Sports Council (NSC), badly hit by the budget cuts, were forced to revert to tournament based contracts at the start of the year.

The NSC only provided for silver and bronze medallists to receive RM800. The changes will take place with immediate effect, involving 45 able bodied athletes and 12 para athletes.

It will incur an additional RM322,800 to the NSC’s total budget.

“As we know, we have three major events to prepare for – the Vietnam SEA Games in May, the Birmingham Commonwealth Games in July and the Hangzhou Asian Games in September.

“The focus will be on the national athletes to shine and we want them to train without worries. The training allowance is on top of the benefits they get as full-time athletes where we provide them with a place to train, coaching, accommodation and support services,” said Ahmad, who explained that the changes were made after complaints from the athletes.

“As we know, the government had no allocation for the Podium Programme this year because the priority was on helping the rakyat to rebuild their lives and the economy because of the Covid-19 pandemic and the floods recently. Many businesses also collapsed and the government needs to step in.

“Of course, we have to live within our means but we also want to make sure the sports ecosystem can continue to thrive.”

The NSC have announced that only 293 athletes – comprising 248 able-bodied and 45 para athletes – have been retained for this year’s programme.

There were a total of 432 able-bodied and 114 para athletes under the previous programme.

At the last SEA Games in the Philippines, Malaysia finished fifth with a total medal haul of 56-57-71. 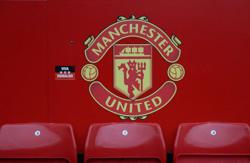