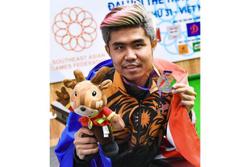 FILE PHOTO: A gamer is silhouetted against an illuminated wall with the logo of the Electronic Sports League ESL during the media day of Europe's leading digital games fair Gamescom, which showcases the latest trends of the computer gaming scene, in Cologne, Germany, August 20, 2019. REUTERS/Wolfgang Rattay

STOCKHOLM (Reuters) - Swedish e-sports and gaming firm MTG has agreed to sell ESL Gaming to Saudi-backed Savvy Gaming Group at an enterprise value of $1.05 billion, it said on Monday.

MTG, which owns 91.46% of ESL Gaming, corresponding to $960 million, said it was expecting net proceeds of around $875 million from the deal, including transaction-related costs.

It added that it would return at least 40% of the proceeds to shareholders, while using the rest to strengthen its position in the global gaming market, and continue its "buy and build strategy."

"Following the transaction, MTG will focus fully on accelerating growth in its pure-play gaming business," MTG, which has a market cap of around 9.76 billion crowns ($1.05 billion), said in a statement.

MTG, which bought ESL and DreamHack in 2015 and merged them under the name ESL Gaming, has acquired several gaming companies in the past year, including Hutch Games and Ninja Kiwi.

It added that Savvy Group, which is backed by the Saudi Arabian government's Public Investment Fund, was also buying tech platform FACEIT to merge the two companies into a global gaming platform.

(Reporting by Helena Soderpalm in Stockholm; Editing by Matthew Lewis) 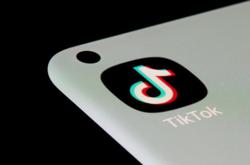 Sport by sport review
Cue sport continues to deliver despite lack of funding
Gains and pains
THE GOLD MEDALLISTS
Azizul hopes taekwondo will not be hung out to dry
Olympics-Modern pentathlon to test new obstacle discipline in June
Over to you, Cambodia!
SEA Games rises again, and Malaysia now needs to do more
Hanoi the stepping stone for the young
Coach Yew Fai pleased with 2-1-2 medal haul