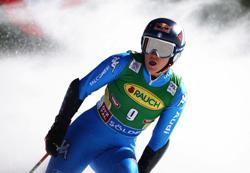 LAKE LOUISE, Alberta (Reuters) - Bad weather and the emergence of the Omicron coronavirus variant threatened to wreck havoc with the World Cup ski calendar on Wednesday as the top women skiers were left wondering where and when they might race again.

After heavy snowfalls and high temperatures wiped out two-of-three men's World Cup races last week at the bucolic Lake Louise resort in the Canadian Rockies, the first speed events on the women's schedule were disrupted when training was cancelled.

Organisers will try to get in a training run on Thursday ahead of a downhill doubleheader set for Friday and Saturday and a super-G on Sunday.

But storm clouds of a different kind are looming on the horizon, with the World Cup set to shift to Europe and races in Switzerland, which has imposed new restrictions to check the spread of the Omicron variant.

Those restrictions include a mandatory 10-day quarantine for travellers from 19 countries, including Canada.

American Mikaela Shiffrin, who got her campaign off to flying start by reaching the podium in all four races she has entered, including a pair of wins, told Reuters that while skiers are used to dealing with COVID-19 protocols the Omicron threat is upping anxiety levels.

"A lot of things are still very much up in the air, including Switzerland," Shiffrin told Reuters. "We definitely think about it.

"We're trying to be ski racers and travel around the world in our own little bubble, it's a high-pressure environment.

"The protocols are really important and it is the only way we are going to have this World Cup season and be able to look forward to the Olympics."

The next stop for the women's World Cup is St. Moritz with two super-Gs on Dec. 11 and 12.

FIS, international skiing's governing body, is expected to seek exemptions but Shiffrin cautioned that the unfolding situation was something that had to be taken seriously.

"We look for exemptions and the ability to still get off our World Cup races in specific areas with new regulations," said Shiffrin. "It's very serious and needs to be respected by everybody, including us."

While COVID-19 testing and prevention protocols are now part of athletes' daily routines, Paul Kristofic, the head coach of the U.S. women's team, said things were not getting any easier.

"From a management perspective it is a lot of work. It's hard and heavy on the people who have to manage those details -- making sure we have all our tests lined up, the right windows of time for travel and FIS passports and getting into different countries. 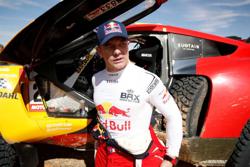 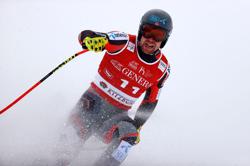