The 47-year-old Shen-Nern breathed her last in her sleep yesterday morning.

Kok Chi was in the news recently after Shen-Nern, who was born intellectually disabled, allegedly became a victim of property fraud.

Kok Chi discovered that Shen-Nern’s share of a shop lot in Seri Petaling – jointly purchased with a former national athlete – had been transferred to the latter without their knowledge.

The 82-year-old Kok Chi himself has been battling respiratory problems recently.

The OCM executive board and administration conveyed their condolences and sympathies to the former long-serving secretary on the passing of his beloved daughter. 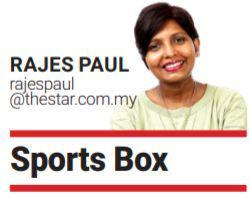