BRUSSELS (Reuters) -"If it seems impossible - then it can be done."

The European Union's chief executive quoted the motto of Italy's Paralympic champion Beatrice Vio on Wednesday as inspiration for challenges from climate change to COVID.

European Commission President Ursula von der Leyen arrived at her annual policy speech to the European Parliament in Strasbourg accompanied by Vio, a 24-year-old wheelchair fencer who won gold in the Tokyo 2020 Paralympics.

"'Bebe' has overcome so much, so young," von der Leyen said of Vio, using her nickname in Italy meaning "baby".

Vio's limbs were amputated after a severe case of meningitis in childhood. At Wednesday's parliament session, a sleeveless black top revealed her prosthetic arms.

She has 1.2 million followers on Instagram, where she advocates for COVID-19 vaccinations and engages in discussions about mental health amid the pandemic.

"Her story is one of rising against all odds ... And she has managed to achieve all of that by living up to her belief that if it seems impossible, then it can be done," von der Leyen said in her speech.

Von der Leyen, the first female leader of the powerful EU executive, promised a draft law by the end of the year to combat violence against women, saying victims of domestic abuse had been disproportionately affected by lockdowns.

Six of the EU's 27 states have not ratified the 2014 Istanbul Convention on preventing and combating violence against women. They are Hungary, Bulgaria, Slovakia, the Czech Republic, Latvia and Lithuania, host to the EU's gender equality agency.

Von der Leyen also announced the unveiling of a media freedom act in the next year to protect journalists better after the high-profile killings of reporters who had investigated state corruption - Daphne Caruana Galizia in 2017 in Malta and Slovakia's Jan Kuciak the following year.

"Imperfect as it might be, our Union is both beautifully unique and uniquely beautiful," von der Leyen said, quoting Vio's motto in Italian.

(Reporting by Gabriela BaczynskaEditing by Ingrid Melander and Andrew Cawthorne) 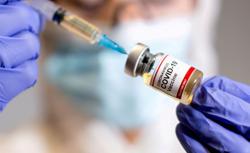