Reezal: Tokyo outing will lead to greater success in 2024

PETALING JAYA: Malaysia did not meet the three-medal target at the Tokyo Olympics but Youth and Sports Minister Datuk Seri Reezal Merican Naina Merican is not pressing the panic button.

He believes that the Tokyo Games will pave the way for greater success at the next Olympic Games in Paris in three years time.

In Tokyo, cyclist Azizulhasni Awang won silver in the men’s keirin and Aaron Chia and Soh Wooi Yik delivered a bronze in the badminton men’s doubles.

Reezal is aware that Malaysia only won two medals instead of three and did not end the long wait for gold.

“I would like to apologise because we didn’t bring back three medals and the gold medal that we wanted. But this is the start to prepare for Paris 2024,” said Reezal in a press conference held after the Games.

“In Tokyo, we had young athletes who are first-timers. I am optimistic that they will grow in strength to provide success in the future.

“A promise must be kept, but the challenge these athletes went through during the pandemic wasn’t easy. Singapore and Vietnam used to win medals but this year, they didn’t have any medals.”

The other neighbouring countries like the Philippines, Thailand and Indonesia, however, rose to the occasion to win golds.

“All our athletes did their best. None of them came here just to warm the seats. They fought hard.”

Malaysia have won 13 medals from the Olympics so far – eight silvers and five bronzes.

Reezal said a post mortem would be carried out by the evaluation and assessment committee led by Youth and Sports Ministry secretary-general Datuk M. Noor Azman Taib and other sports stakeholders in the country.

“They will look at the overall Road to Tokyo programme. We will also start an Olympic Special Programme – where the focus will be on medal prospects.

“This will be part of the 2030 national sports vision.

“This programme will enhance the existing Podium Programme, as we are looking at several Olympic cycles, including Paris 2024, Los Angeles 2028 and Brisbane 2032,” added Reezal, who wants stronger involvement from national sports associations. 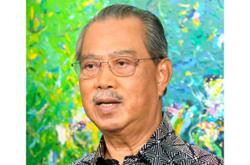