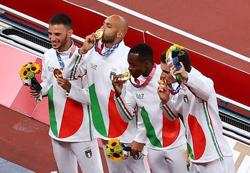 TOKYO (Reuters) - Italy's decision to exempt elite athletes from strict COVID-19 curbs in the past 18 months and allow them to train has paid off in Tokyo, with the country matching its total medals haul from its previous two Olympics outings with six days still to spare.

The Italians had bagged 28 medals as of Monday, as many as in the 2016 Games in Rio de Janeiro and in London in 2012. Other Olympic powerhouses like Germany and France, hosts of the 2024 Games, have collected so far only about half of the more than 40 medals from the previous two editions.

While other nations shut gyms, stadiums and pools for everyone during much of the pandemic, Italy allowed a group of elite athletes, about 250, to continue their training.

"Some of our athletes like Gianmarco Tamberi had just two weeks in the past 18 months where he could not train. The exception we got for elite athletes to continue training was extremely important."

No Italian man had ever reached the Olympic 100 metres final let alone win the event in the history of the Games.

Italy's Prime Minister Mario Draghi has already invited Jacobs and Tamberi to a reception at his official residence. This comes on the heels of a ceremony last month to celebrate the Italian soccer team's victory at the European Championships and Matteo Berrettini who was runner-up at Wimbledon.

Signs of Italy's strength were evident even before the Games when a record 384 athletes earned a qualifying spot for Tokyo. Their previous best was 367 from the Athens Games in 2004.

"But in Athens we had qualified eight teams whereas here we only have five teams which means many more individual athletes have qualified here," Di Tommaso said.

The financial rewards for Italy's medallists are also far more lucrative than in other European countries, with gold medallists earning 180,000 euros ($213,858). For silver Italians receive 90,000 euros while bronze earns them 60,000 euros.

"This could end up an expensive Olympics in terms of medals payments, with six days still left in the competition," Di Tommaso joked. 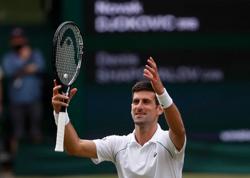 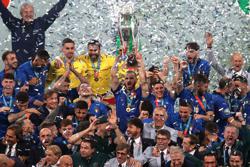