PETALING JAYA: Youth and Sports Minister Datuk Seri Reezal Merican Naina Merican does not want the athletes to give up hope in their chase for an elusive gold medal even though only one week is left before the curtain comes down on the Olympic Games.

“Don’t lose hope. Stay strong,” said Reezal to all the athletes who have yet to enter the arena.

“We are at the halfway of our journey and I hope our athletes can maintain their focus and momentum. There have been disappointments but I hope Malaysians at home will continue to support them,” he said.

The Malaysian interest has now dwindled to the last five athletes who have realistic chances to winning a gold.

Divers Pandelela Rinong and Cheong Jun Hoong will take the first plunge in Tokyo when they compete in the women’s 10m platform preliminary on Wednesday.

Pandelela looked calm and composed despite finishing out of the medals in her partnership with Leong Mun Yee in the women’s 10m platform synchro final on Tuesday while Jun Hoong has beaten the top Chinese divers to become the country’s first world champion diver in 2017.

Also waiting to get her Tokyo bid under way on the same day is professional golfer Kelly Tan, who is used to battling it out with the world’s best in the LPGA Tour in the United States.

She can also count on strong emotional support as her fiance Dustin Lattery is also her caddie in Tokyo.

If the three fail, the hope then lies on the broad shoulders of track cyclists Azizulhasni Awang and Mohd Shah Firdaus Sahrom.

Azizul and Shah Firdaus are only scheduled to go into action at the Izu Velodrome from Aug 4 in the sprint but the chances are better in the much anticipated keirin competition three days later that will probably determine whether Malaysia get their gold or the wait continues till the 2014 Paris Olympics. 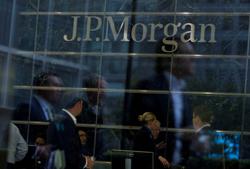