Nur Shazrin, making her second Olympic appearance, slipped from 17th to 24th in the overall standings after six races with 105 points.

Shazrin was placed 30th and 34th in Race 5 and 6 respectively.

Denmark’s Anne Marie-Rindom tops the field with 22 points after finishing fourth in both races.

Khairulnizam Mohd Afendy is ranked 26th overall in the men’s Laser Standard after the conclusion of three more races.

He has a total of 99 points with Pavlos Kontides of Cyprus leading the fleet on 18 points.

For both the laser categories, only the top 10 with the lowest points will qualify for the medal race on Aug 1. 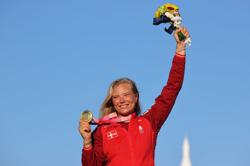