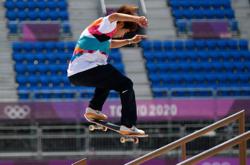 TOKYO: Yuto Horigome of Japan claimed the first Olympic gold medal in skateboarding after recovering his composure with high-scoring tricks in the final rounds held in his hometown of Tokyo.

Kelvin Hoefler of Brazil won silver in the men’s street skating competition and Jagger Eaton of the United States clinched the bronze.

In a nail-biting final, Horigome stumbled through the two initial runs, but regained his signature cool in landing four of the five final tricks, earning 9.50 for a nollie backside 270.

The 22-year-old Horigome, whose father introduced him to the sport when he was a toddler, won the medal a stone’s throw away from where he grew up.

“It felt significant to return to Koto ward, it meant so much more for me,” he said.

Horigome moved to the US to pursue his skateboarding career after high school.

“I couldn’t miss the fourth trick so I put everything I believed and worked for into that trick,” he said, after describing how stressed he had been after two disappointing runs.

Skaters cheered each other on in an otherwise empty concrete skate park, hyping themselves up during their runs by listening to music as they battled Tokyo’s scorching heat. — Reuters 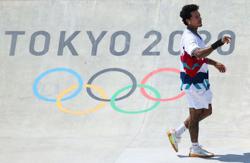 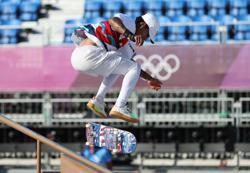