Young and on point: Yang Qian of China puts her gold medal on after it was presented by International Olympic Committee president Thomas Bach after winning the 10m air rifle gold. — AP

TOKYO: Sport stretched out over Tokyo and gold medals rained down as the Olympic Games burst into life, finally casting aside some of the shadow of Covid-19 and controversy that has plagued the global showpiece.

China made an instant statement of intent when Yang Qian grabbed the Games’ first gold, and Japanese judoka Naohisa Takato lifted home hearts with gold on the mat a day after the nation’s global superstar Naomi Osaka, had lit the cauldron to officially open the pandemic-delayed Olympics.

But fans, banned from all venues under Covid-19 protocols, were served an early reminder of the pandemic’s potential impact as two US archers said they were competing unvaccinated through personal choice, and organisers said another athlete had tested positive for the virus.

The choice of Osaka to light the cauldron on Friday had capped an opening ceremony shorn of glitz and staged in an eerily silent stadium.

But while the ceremony had been like none before, day one of sport offered a much more familiar feel despite the absence of spectators, as the world’s elite athletes ran, rode, fought and swam as a hankered-for business-as-usual vibe built.

Organisers are hoping sport can distract from the stream of embarrassing gaffes and coronavirus woes which have marked the event, postponed by a year.

But there was no ignoring the global pandemic, as organisers said one more athlete had tested Covid-positive, bringing the total number of disclosed virus cases to 123.

Later, American archers Brady Ellison and Mackenzie Brown said they were free to choose whether or not they got vaccinated against Covid-19, after a US Olympic swimming gold medal prospect who had declined the vaccine was widely criticised on social media.

“It’s one hundred per cent a personal choice, and anyone that says otherwise is taking away people’s freedoms,” Ellison, the world’s No.1, said on the competition sidelines.

Organisers are also preparing for a typhoon, having already reworked tomorrow’s rowing competitions to integrate them in the schedule for yesterday and today.

But while the rowers look anxiously to the skies, surfers – who start their competitions today – should benefit from bigger swells. — Reuters 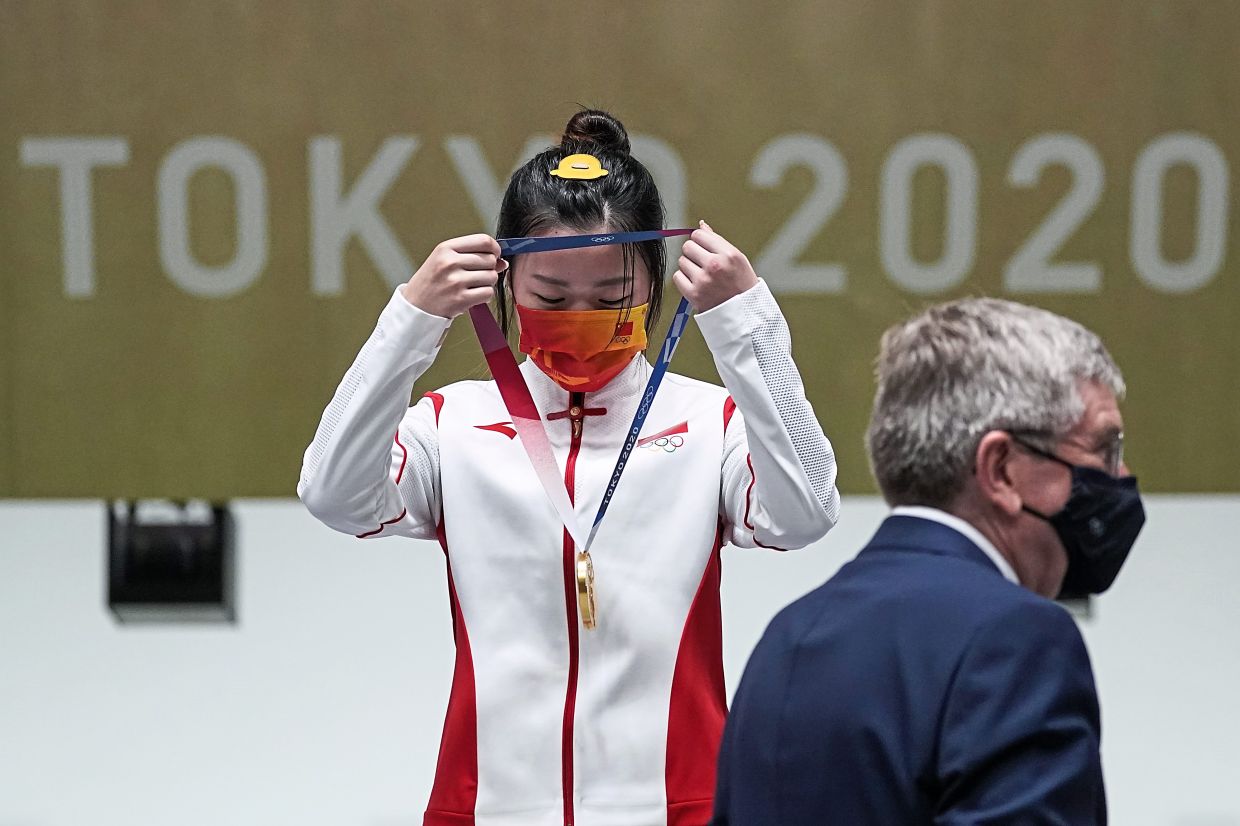 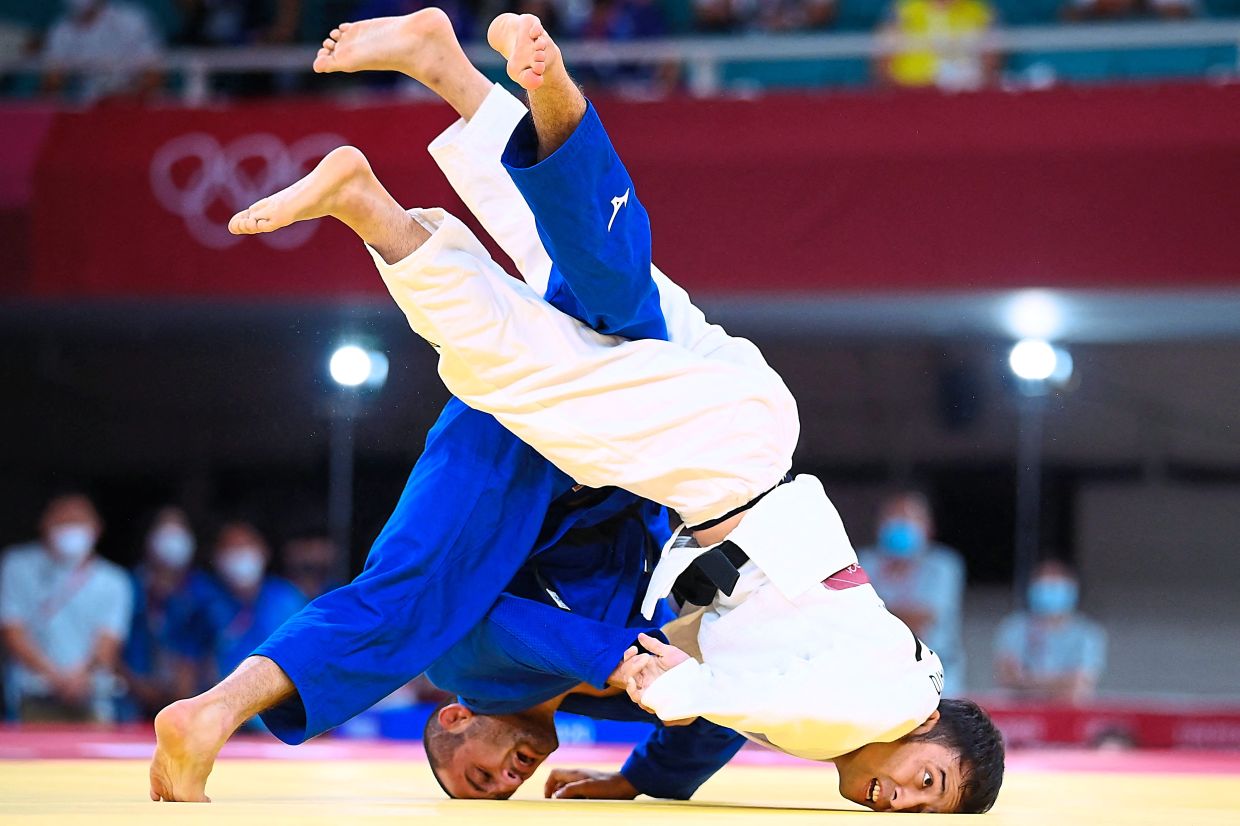 Young and on point: Yang Qian of China puts her gold medal on after it was presented by International Olympic Committee president Thomas Bach after winning the 10m air rifle gold. — AP