PETALING JAYA: Laser radial sailor Nur Shazrin Mohd Latif (pic) was only 18 when she made her Olympics debut in Rio de Janeiro five years ago.

As expected, it wasn’t smooth sailing as she only finished 33rd out of 37 sailors at the Marina de Gloria.

Now 23, a more mature and experienced Shazrin, having garnered lots of sail time, is looking good for a top 20 result.

However, her coach Hafizi Roslee believes she can sail even further. He has challenged her to reach the top 10, which would put her in the final.

The one quality Shazrin has to work more on to get there is her consistency.

“Shazrin had two competitions this year, but had to miss some because of the pandemic. But she is more experienced and is also highly motivated,” said Hafizi.

“For the Tokyo Games, she booked her spot early when she won bronze in the 2018 Jakarta Asian Games. Since then, she has been working on getting better for her second Olympics.

“She doesn’t complain about training and is always on time.

“Shazrin’s also a willing listener and is someone who just loves to sail. But I’ve always told her that she needs to be more aggressive and consistent to be a top sailor.

“I hope that will be seen at the Enoshima Yacht Harbour.”

For the next one week, the sailing team will be looking at the conditions and wind forecast as they focus on their training and acclimatisation.

“Based on the wind forecast for this week and next, we expect light and medium wind.

“There will be rain, sometimes heat, so we have to learn to adjust quickly,” added Hafizi, who started coaching Shazrin in 2019.

“The top competitors will come from Europe, but in the next one week, if Shazrin can feel and understand the conditions in a consistent manner, we can expect a good performance from her.”

This year, Shazrin took part in the Coach Regatta in Vilamoura, Portugal, and Allianz Regatta in Demblilk, Holland.

In Vilamoura, she finished fifth but faltered in Demblilk when she only managed 32nd.

But that hiccup hasn’t taken the wind out of Shazrin’s sails – not when Hafizi is there to give her the extra push. 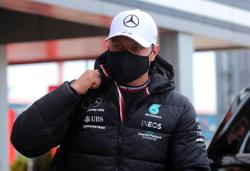