(Reuters) - America's Cup holder Team New Zealand (TNZ) has rejected its home government's offer to host a match defending its trophy in Auckland and will now look at options offshore, the sailing outfit said on Wednesday.

TNZ, who retained the "Auld Mug" earlier this year in Auckland with a 7-3 victory over Italy's Luna Rossa, had been negotiating with New Zealand authorities on mounting another defence in the nation's largest city.

"By all means, the end of the exclusive negotiation period does not eliminate all possibility of the event or an event being hosted in New Zealand," TNZ boss Grant Dalton said in a statement.

"If resources enable an event in New Zealand we will remain open to it. But, we must explore other opportunities to ensure we can put up another successful defence."

New Zealand in March accepted the Royal Yacht Squadron Racing, represented by INEOS Team UK, as challenger of record for the 37th staging of the America's Cup.

The New Zealand government had pledged NZ$99 million ($71 million) in cash and in-kind support for TNZ to defend the trophy in Auckland, having already spent some NZ$250 million for the 2021 match.

"Our view is that we want it to be hosted here. We've put our best foot forward, but there's also limits to what we can do," New Zealand Prime Minister Jacinda Ardern told local radio station Radio Hauraki on Wednesday.

"Because, you know, this is taxpayer-funding, ultimately - so it's got to always be a benefit to New Zealand."

New Zealand media have reported Team UK have offered to fund a one-off race against TNZ around the Isle of Wight, the site of the original race in 1851.

Irish media on Tuesday reported the southern Ireland city of Cork was preparing a bid for the match and had hosted a technical delegation of America's Cup organisers over the weekend. 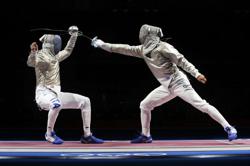 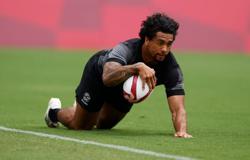