The duo went down fighting in the Olympics qualification tournament in Paris, France on Friday and now can only look forward to the Vietnam SEA Games and Hangzhou Asian Games after missing out on the Tokyo trip.

Prem, the 2018 Indonesia Asian Games bronze medallist, went down 2-4 to Edari Oussama of Morocco in the repechage of the men’s kumite below 67kg category. He was trailing 0-3 at one stage but his fightback ended in vain when he ran out of time eventually.

The 27-year-old SEA Games champion had earlier beaten Casper Lidegaard of Denmark 3-2 in the opening round and booked a spot in the third round after he overcame Diogo Ribeiro of Portugal 1-0.

However, he missed the cut for the quarter-finals when he lost 0-5 to European champion Eray Samdan of Turkey.

Madhuri also exited in the third round after losing 0-1 to British fighter Burkitt Carla.

The Asian junior championship silver medallist had started her campaign in superb fashion by beating 2018 Asian Games bronze medallist Cok Istri Agung Sanistyarani of Indonesia 5-4 and went on to overcome Valentina Toro of Chile 2-1 to reach the last 16.

Malaysia’s slim chance of having a karate representative in the Olympics now rests on the shoulder of another SEA Games gold medallist R. Sharmendran in the men’s below 75kg category. 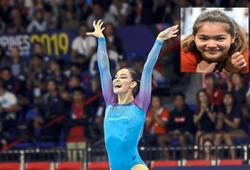