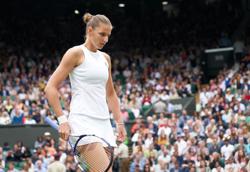 (Reuters) - Factbox on Barbora Krejcikova, who defeated Anastasia Pavlyuchenkova 6-1 2-6 6-4 to win her maiden Grand Slam title at the French Open on Saturday.

* Started her professional career on the ITF circuit in 2010 and was ranked junior world number three in 2013, when she won the French Open, Wimbledon and U.S. Open girls' doubles titles with compatriot Katerina Siniakova.

* Made her WTA Tour debut in 2014 and won her first WTA doubles titles with An-Sophie Mestach at the Coupe Banque Nationale in 2015.

* Made her breakthrough in 2016 by qualifying for the women's doubles semi-finals at the French Open with Siniakova. Also reached the U.S. Open quarter-finals with her Czech partner the same year.

* Won the women's doubles title in 2018 at the French Open and Wimbledon with Siniakova, with the pair ending the year as the top-ranked doubles players.

* Won the mixed doubles title with American Rajeev Ram at the 2019 Australian Open, while also reaching the Wimbledon women's doubles semis with Siniakova.

* Won her maiden WTA singles title at Strasbourg, a day before the start of this year's French Open.

* In only her fifth main draw singles appearance at a major, she won the French Open in 2021.

(Compiled by Manasi Pathak in Bengaluru, editing by Pritha Sarkar) 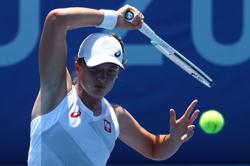