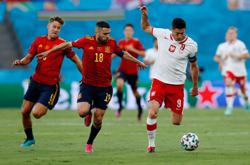 (Reuters) -Scotland midfielder Kenny McLean will miss the European Championship because of a knee injury, his club Norwich City said on Tuesday.

McLean, who bagged two goals and six assists in England's second-tier Championship this season, will be out for almost three months after picking up the injury in last weekend's 2-2 draw at Barnsley on the final day of the season.

"Kenny McLean is set to be out of action for a period of 12 weeks following confirmation of a knee ligament injury," Norwich, who earned promotion to the Premier League, said in a statement https://www.canaries.co.uk/News/2021/may/kenny-mclean-injury-update.

"Subsequent scans and further assessments have since revealed significant damage to the medial collateral ligament in McLean's right knee.

"McLean will now undergo further assessment with an orthopaedic consultant to ascertain a management and rehabilitation plan for the injury."

McLean said he was "devastated" after the injury.

"Lots of hard work to come and I'll be supporting the lads from afar."

Scotland, who are in Group D, begin their Euro campaign against the Czech Republic on June 14 at Hampden Park in Glasgow.

(Reporting by Manasi Pathak in Bengaluru; Editing by Peter Rutherford and Christian Radnedge) 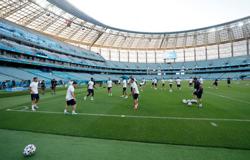