FILE PHOTO: The logo of Tokyo 2020 Olympic Games that have been postponed to 2021 due to the coronavirus disease (COVID-19) outbreak, is seen through signboards, at Tokyo Metropolitan Government Office building in Tokyo, Japan January 22, 2021. REUTERS/Issei Kato/File Photo

TOKYO (Reuters) - A tweet by a top Japanese government advisor downplaying the pandemic and laughing off calls for the Olympics to be cancelled is drawing public ire a few days after Japan extended a state of emergency in Tokyo and three other areas until the end of May.

Kaetsu University Professor Yoichi Takahashi likened the number of coronavirus cases in Japan to "a ripple," adding "so you're telling me people want to cancel the Olympics for this? lol lol."

The tweet has garnered over 13,000 retweets since he posted it on Sunday.

"I can't believe that a special government advisor is a person who would belittle the deaths of people just to justify hosting the Olympic Games," said one Twitter user.

Japan has tried to reassure its public that the Tokyo 2020 Olympic Games, which have been rescheduled for July 23-Aug. 8 this year, can be held amid a coronavirus pandemic.

With just over 10,000 fatalities, Japan has suffered fewer deaths than other countries, but has lagged in rolling out its vaccine programme and seen a surge in cases in recent weeks.

Takahashi, a former finance ministry bureaucrat, is known to be close to Prime Minister Yoshihide Suga and met with him as recently as a week ago, according to local media.

When asked about Takahashi's comments during a parliamentary hearing on Monday, Suga said he "will not comment on what Takahashi said in his personal capacity."

The Suga cabinet's approval ratings dipped to a new low of 40% according to a poll conducted by broadcaster JNN last week.

The same poll shows 37% of respondents thought the Olympics should be cancelled, 33% believed that the event should be held with limited spectators, and 28% thought it should be postponed. 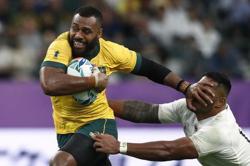