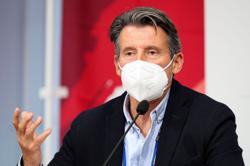 Touche!: Hans Yoong in action during the Philippines SEA Games

PETALING JAYA: Malaysia’s hope to see a fencer in the Tokyo Olympic Games rests on the shoulders of Hans Yoong.

The 20-year-old will be participating in the Asian Olympic qualifying tournament in Tashkent, Uzbekistan from April 25-26 with an aim to book the one and only spot left in the foil event.

The University of Notre Dame student, who is ranked 359th in the world, said he had participated in collegiate meets in the last few months to prepare for the qualifiers.

“Even though I did not compete against many fencers, it was definitely good to gain back that competitive edge, ” said the right-handed, who stands at 1.70m.

“Other than that, I’ve been training with many high-level sparring partners and receiving lessons from the coaches. There is progress.

“Unlike many other athletes during the pandemic, I didn’t have to adapt too much as fencing practices went on as usual. The only difference is that I have to wear a mask.

“I have to be at my best in Tashkent as everyone there will be strong but the favourites is probably China’s Huang Mengkai, who is ranked 57th in the world.

“The end goal is to qualify for the Olympics. I will work hard for every point and prove that I deserve the spot.”

His training at Notre Dame in Indiana has yielded results as seen from his silver medal in the Philippines SEA Games two years ago. He fought valiantly in the final against Thailand’s Mayakarn Chornnasun before settling for second place. 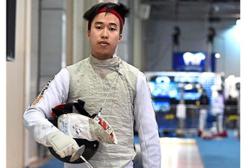